Java vs Python – Which programming language is good ? 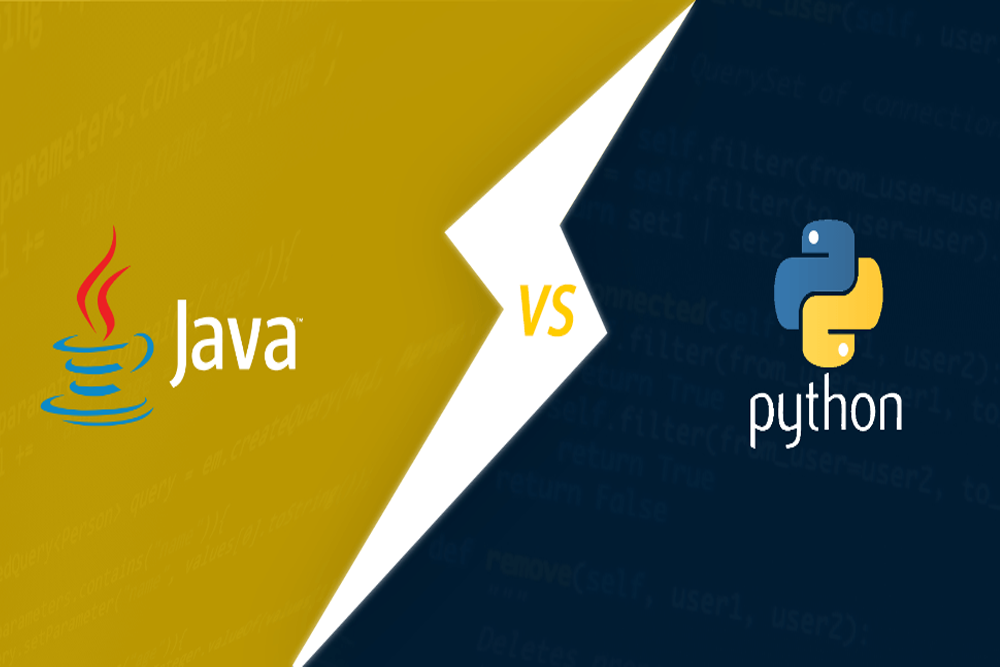 For a few decades now, Java vs Python both have been around and so has the debate of which is better. We are all entitled to our opinions and I am here to help you make your decisions by pointing out the pros and cons of both the languages.

Similar to many other programming languages these are commonly used to create basic applications or customised software products.

Let us take a side by side comparison of both the languages.

Java, although takes a little more effort to learn, runs on any OS platform without any indifference. Java is popularly known as WORA (Write Once Run Anywhere). However, both Java and Python do compile as bytecode. The main difference is that Java is a compiling language whereas Python is an interpreted language that executes codes by line.

Its all in the CODE!

Beginners have always found Python as a smoother teacher. It appears as an intuitive coding style that has simpler syntaxes in comparison to Java.

Python uses whitespaces to mark the beginning and end of the blocks of code. Java, however, uses braces for the same purpose.

Python comparatively uses few lines of code as it does not include braces, and uses white space to mark the start & closings of a module.

The deal with Variables.

Java does not allow the data type of a variable to be changed, while Python does. Unlike traditional programming languages, Python allows you to assign a string to a variable that once held an integer value. This is not possible with the statically typed language Java, where you have to declare the variable names and their type in an explicit manner. On the contrary, Python is looked upon as a dynamically typed language that doesn’t stress this.

Unlike the traditional programming languages, Python lets you assign the new value to a variable that previously stored a different value. This is not possible with Java, and you need to define a variable for each corresponding type.

On the other hand, Python is simpler & more forgiving than Java even in simpler cases as such reusing old variables.

JComparing both languages, their speed and performance varies. Java is notably faster than Python. However, it cannot handle CPU intensive tasks, as it executes an entire class and not by lines. But with the choices at their disposal, they can replace Python’s runtime with CPython, PyPy, Cython. Java does not need additional tools for optimisation.

Python has tons of modules and a quick learning progress that allows you to manipulate it so that it could do almost anything for you added it being an open source language.

In terms of Java, being platform independent it lets you run your code on any machine that supports JVM. And because of its popularity, the JVM is already installed in most systems.

Albeit, novices choose Python as you can see what the outcome will be immediately. Professionals prefer Java as it is used for complex applications and software development invariably across platforms.

In conclusion we are telling you, do not limit yourself to one language.