Companies of all sizes are investing in offshore teams to boost efficiency and performance in order to stay competitive. Offshore hiring is hiring teams or individuals from across the globe for your team and clients. When it comes to selecting and employing offshore developers, there are a myriad possibilities to choose from, as each provides varying operation hours and incentives. So, it’s mandatory to compare and calculate the offshore developer Hourly rate to pick the best cost-effective offshore developers. 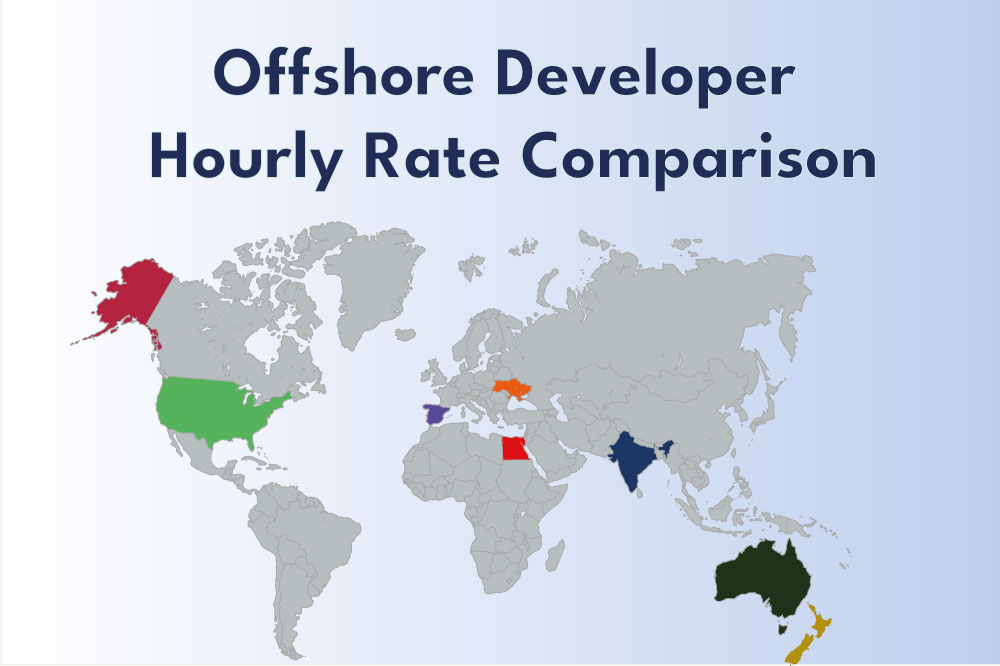 Hourly rates of an offshore developer

These insights gain information on the average hourly rate of offshore developers from 7 continents. Here, the hourly rates are distinguished based on their experience. The 7 continents are

It contributes 40% of the global IT market with more than 5,20,000 software companies alone. And so it is considered to be the strongest economy in the world. The reason behind this is, it has been an agricultural hub to a well-developed economy with the most cutting-edge software services.

It is highly advanced with abundant natural and human resources. Regarding the Tech industry, Canada grows up with the latest technologies, and provides high-position pays for developers, and continues to grow tremendously.

USA accounts for 32% of tech production in total, which has a notable effect on the economy. This notable increase in software increases revenue and performance.

Due to its high productivity levels, Mexico ranks 41st position globally. Since the employee turnover rate is considerably low, there is no need to train them, and they are available at a lower cost.

South America owns great biological and geographical diversity, which allows South America to be proactively in the Industries and Technological race. South America is new to offshore development and rapidly growing in the field.

It is one of the Largest economies with a Gross Domestic Product of $450 billion. Luckily, Argentina is stepping out as an IT hub and is expected to generate $7.33 billion by 2021.

As for now, Brazil is equipped with less economical superpowers. But, no doubt, Brazil has the potential to grow up from a Developing to a developed country.

Australia and Newzealand are known for their astonishing views and lifestyle. They built a well-developed economy with rich Resources to stand on top in the Technology stage.

With vetted developers across their talent pool leads to their progressive upliftment in the IT market field. The highest demand for offshore developers is around Sydney, Melbourne, and Perth.

New Zealand had sorted out the economic downturn efficiently and emerged as one of the effective offshore firms.

Over the last 5 years, Eastern Europe has emerged as one of the top economic continents in the world. And now it is experiencing its steep growth after the pandemic, and delivering quality offshore developers at low cost.

Poland has vast human resources, and 25% of Eastern Europe offshore developers are from Poland under various specializations.

In the Russian economy, the IT sector plays a major role in increasing its GDP and gaining momentum. As for as it has excellent education, and so it delivers quality offshore developers

Ukraine is a living example for its leadership and its business investment methodologies. And so with its ideas, it is an emerging Tech hub with 4,000 tech firms.

It is one of the richest countries with strong, positive, and economical features with the highest demand in hiring offshore developers. They excel with talents and support with budget-friendly elements.

It is one of the favorite hub spots due to its cut-edge technologies with many flourishing average-sized businesses.

Opposing to their traditional business, Norway is emerging and growing as an IT hub industry and has a prominent role in their economics.

Spain is undoubtedly one of the volume increase in IT markets with 34,000 companies.

In the United Kingdom, IT hubs are helping to generate 2.5 billion British pounds and produce top-notch offshore developers.

Most Asian countries are well-developed and identified as frontiers of software outsourcing. Asia comprises many continents which differ by time, culture, etc. Yet, they top the offshore developer outsourcing.

India is majorly preferred for outsourcing due to its competitive top-quality services. And, the IT industry is a major income source in building a country’s economy.

In Vietnam, the IT sector has flourished due to incentives, taxes backed up by affordable costs and trained specialists. Vietnam’s hourly pay cost is the same as India’s and the Philippines’.

With more than 200 offshore companies, the Philippines is booming in the area of the IT market. And, so it is considered the best country to recruit offshore developers.

Due to their positive approach, it is one of the emerging offshore hubs amidst their poverty and inequality. Africa experiences 22% growth in the economy which is 3 times higher than the Asian countries.

While considering its economy, Egypt is one of the fastest-growing in the IT industry with a turnover of $2.6billion.

It is another preferable destination with great time differences and English proficiency. It is still investing in the tech market and harvesting consistent growth. 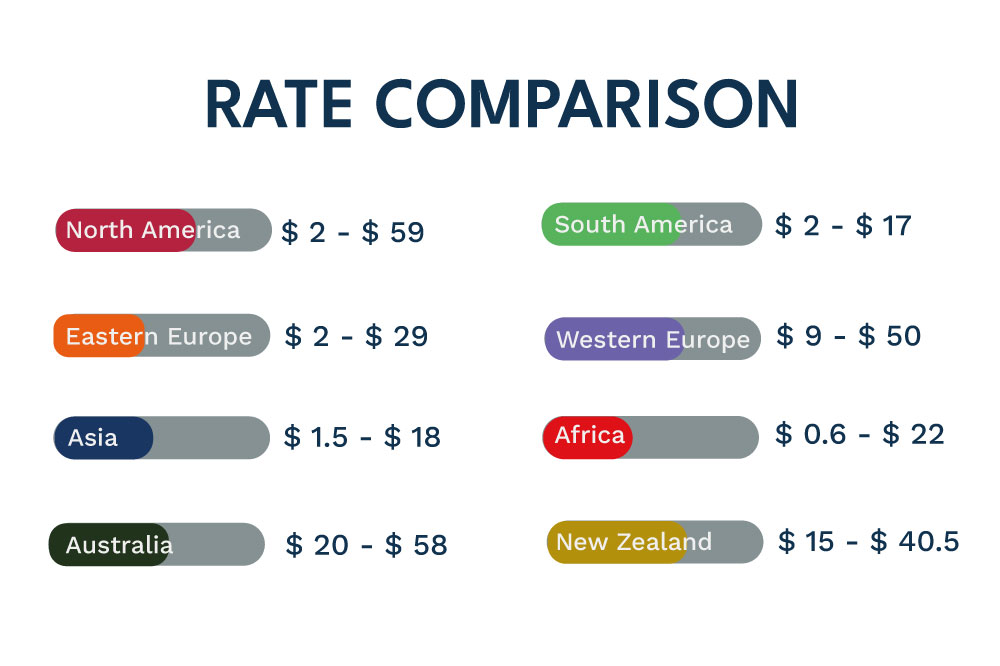 Recruiting the right developer requires great effort and determination. These efforts and dedication will make you stand upright in this competitive tech platform. Since hiring an hourly rate offshore developer needs time and patience, theCentizen Talent Hub team minimizes the work load through this blog by providing the hourly rate of regions across continents to avoid possible issues and choose the right choice.