Skip to content
A Study about Offshore Developers Cost – 2021

A Study about Offshore Developers Cost – 2021

Over the last few years, with technology on the rise & digital transformation in place, companies prefer Offshore outsourcing, thus firms save 40%-70% effortlessly. Because of this, skilled offshore developer needs are on the rise. With over 60% of services being outsourced, US firms outsource most of its services beyond its borders. However, an offshore developer’s charge varies based on their currency, cost of living based on where they live.

This article aims to serve as a guide to help you find the best places to outsource developers by comparing various factors including offshore developers’ costs across continents, their level of experience, skills, and ability to manage & deliver on time. 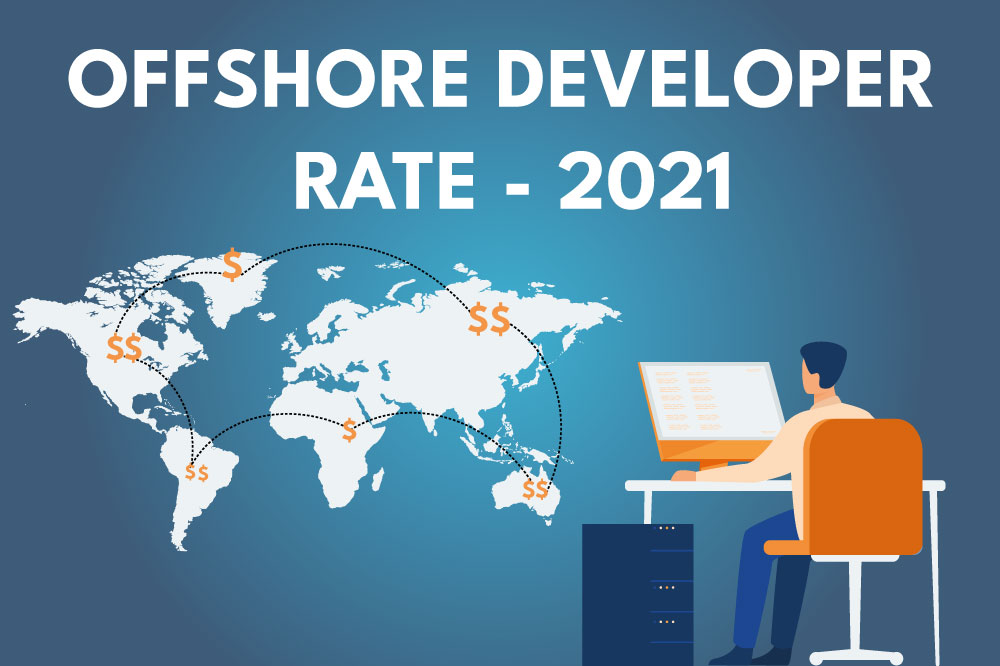 Why are Indian Remote developers in Demand?

India is one of the fastest-growing top Offshore hubs that provide highly-skilled developers for impeccable growth. The steep difference between the pay scale of Indian developers as opposed to their counterparts in other countries. Regardless of surplus developers, the time difference paves way for the company’s development around the clock.

EUkraine consistently produces 2,00,000 offshore developers and is gaining its leading position. Ukraine has established and improved its centers such as IT skills, research, and development. So they offer the best price for the developer’s skills. The Ukrainian offshore developer’s hourly rate is $30-$60, Regarding their experience.

In Poland, the outsourcing development rate is a bit higher than in neighbouring Eastern European Countries. The higher pay for offshore developers is due to great tech education and higher living standards. Polish offshore developers are also rich in both freelance specialists and established companies.

In Latin America, the IT outsourcing market is considered and reviewed for hiring offshore developers. It offers competitive talents, convenient outsourcing locations, and high rates. Due to the efforts of the local government, the offshore software development hub in Latin America has been recognized. The offshore countries of Latin America are Mexico, Brazil, Colombia, Peru, Chile, Argentina.

Brazil has the largest tech ecosystem in Latin America. It boasts to have 1.8% of the global IT market and has over 200 software development companies. The Brazilian Offshore developer’s hourly rate is $35-$50.Depending upon the experience.

Argentina has a wide – range of skilled IT talents and is popular among Western Europe. The main reason for choosing Argentina is due to its economic and cultural growth with the aim of improving living standards. The Argentinian Offshore developer’s hourly rate is $35-$50.Depending upon the experience,

Among the above countries, India has ranked as top on global outsourcing destinations for hiring Offshore developers. Are you pretty much surprised how India ranks top among the competitors? 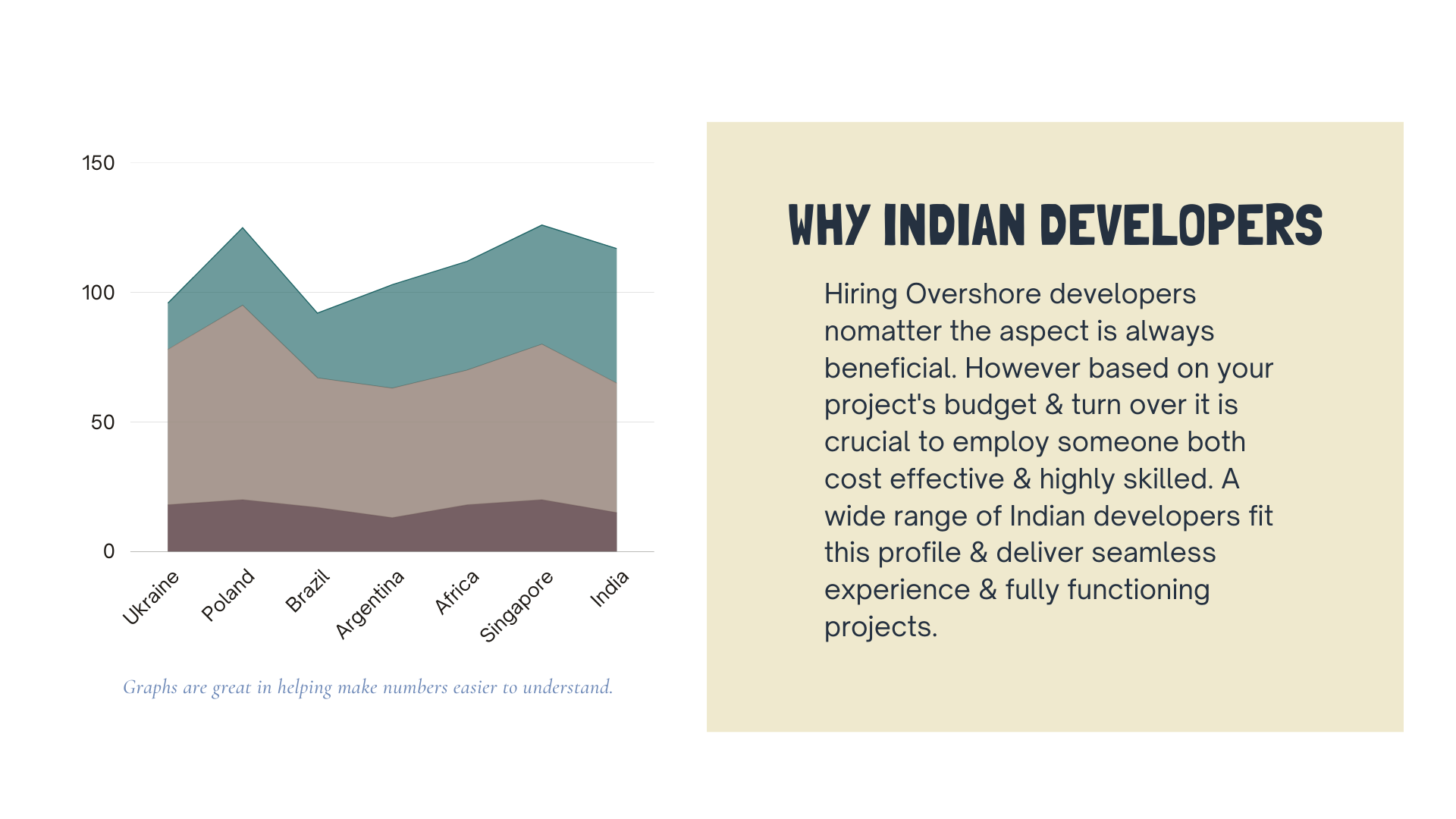 Let’s have a deep look at the reasons

With a massive population, India is able to deliver talented, highly-skilled, budget-friendly developers with an average hourly salary of $19 – $50 Unexpectedly, India is home to the highest number of ISO-certified Technical companies, which are well-known for their quality of work. Depending upon the experience, the Indian offshore developers hourly pay is as follows 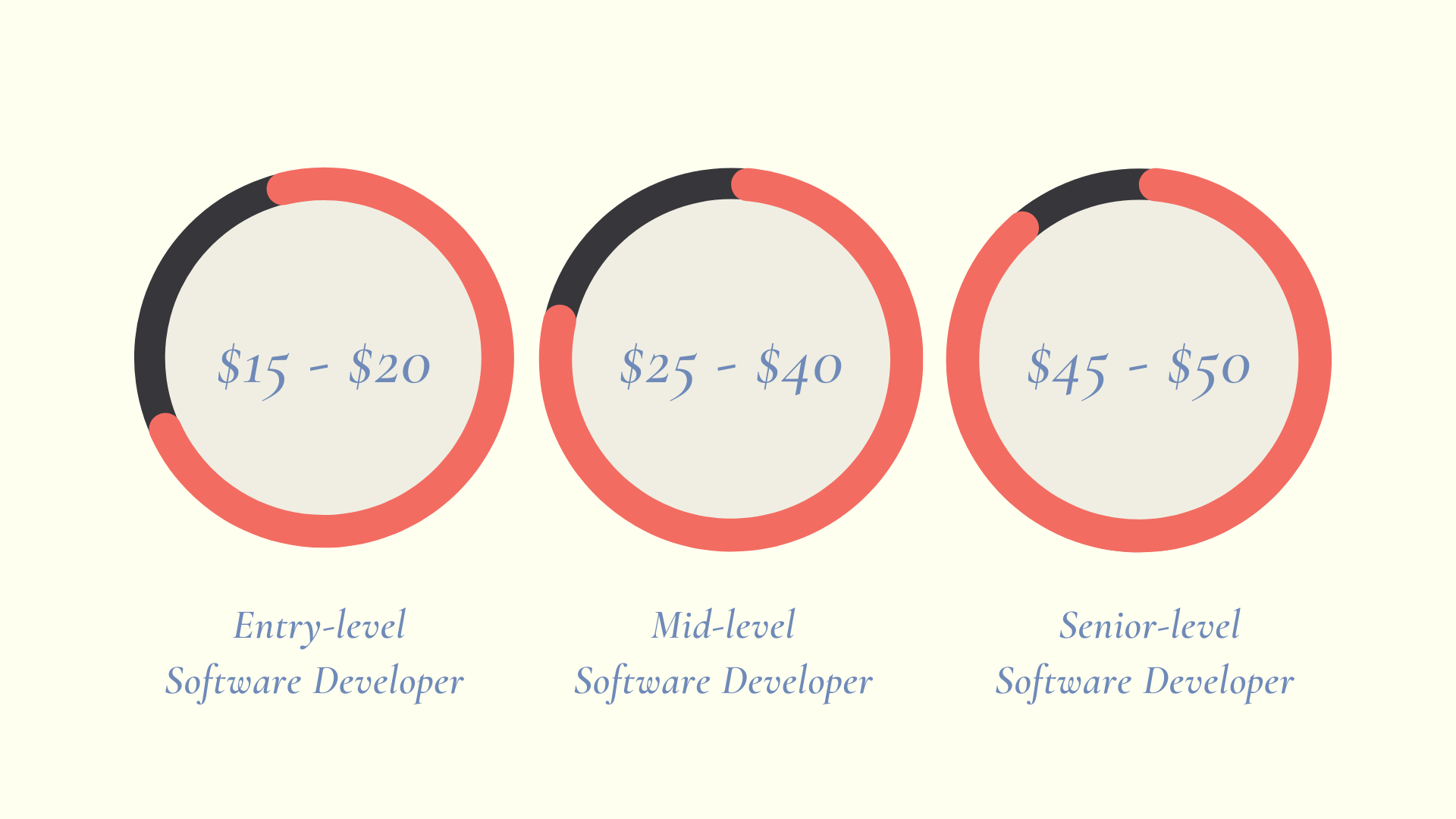 In the end, offshore developers’ service rate varies in the range of $15- $75. And the difference in rate depends on When, Where, and How the hiring process is done. However, the rates may also be affected by the developer’s experience, ethics, and expectations. To meet these qualities, Indian developers are a great choice, and Centizen Talent Hub backed up with many offshore developers for hire can help you find your team.