Skip to content
Average React Developer Salary by Country in 2021

React.js has risen to the top of the list as the most widely used web framework, according to recent polls & surveys. The world’s top tech innovators from Netflix, PayPal, eBay and Airbnb use the flexible JavaScript library to design scalable and reusable components. Salary for developers like any other tech expertise is determined by their abilities, knowledge, experience, and skill competencies. To meet the growing demands of the React.js developers solely in the Western market has become challenging. As a result, companies are looking for alternative talent pools in other regions of the world, such as India, which topped AT Kearney’s Global Services Location Index (GSLI) and was named the greatest outsourcing location in the world. 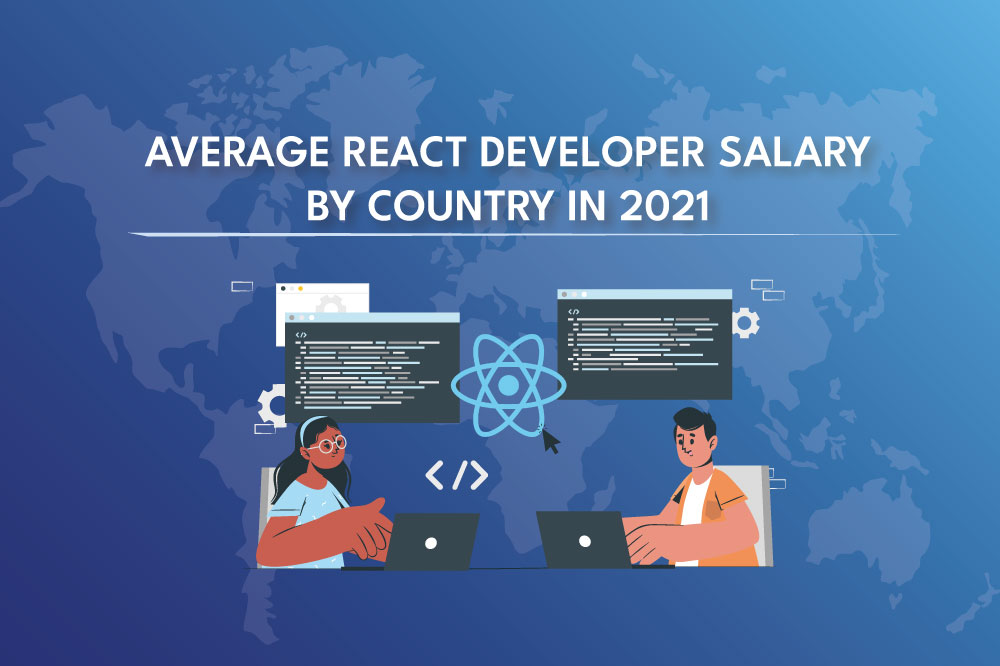 The Western vs Eastern Talent Markets

The rising demands for React Developers

Demand for digital services in the realms of the telecom and high-tech industries is forcing providers to expand their service offerings and set up industry-specific practice groups to facilitate market outreach. In recent times, the role of React JS Developer has seen a 184% increase in the total number of open positions.

ReactJS Developer Salary in the USA

React Native Developer and Freelancer Salary in the USA

React Developer Salary in India in 2021

Kearney’s Global Services Location Index (GSLI) lists out best location decisions about where to locate offshore operations. The list is based on cost-effectiveness, skills and availability, business environment, and digital resonance. In 2021, India and China made it to the top two spots followed by Malaysia, Indonesia, and Brazil. The top Indian cities that host the best ReactJS Developers include Bengaluru, Mumbai, Delhi (NCR), Chennai, Hyderabad, and Pune.

India was one of the first countries to make the best use of the first IT and BPO outsourcing demand wave and has been developing skilled workforces to meet traditional demand ever since. There are around 220,000 developers with varying skills, educational qualifications, and expertise. India is the world’s second-largest English-speaking country with around 125 million people well-versed in English.

The cost of hiring quality Indian talent is much lower than in other countries, which makes it a much sought after hubspots. The time-zone difference may be a challenge. Moreover, Indian workers are dedicated and flexible with their schedules.

Let us now see how much ReactJS developers make in some of the tech hubs(cities).

How Much Does a React Developer Cost in cities in India in 2021?